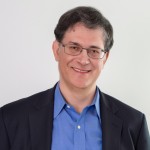 As an IBM Champion and founder of Seiden Group, Alan Seiden leads a team of developers who mentor clients while helping them build APIs and web/mobile applications using open source, PHP, Python, and IBM i business logic. He co-developed the PHP Toolkit with IBM and was one of the first Zend Framework certified engineers. An award-winning speaker, Alan has been called “the performance guru of PHP on IBM i.” Alan’s passion for the IBM i community inspires him to host the CIO Summit twice per year and mentor talented younger developers within the Club Seiden forum. He also offers a free monthly tips newsletter.