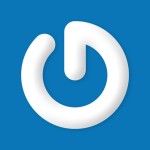 Pauline Brazil Ayala is the vice president of operations and co-founder at Trinity Guard.